At the 2014 FIFA World Cup in Brazil, South Korea were in Group H, as they are now in Qatar this year. They began the tournament with a draw against Russia, a team that many felt would be the second-best in the group. This year, South Korea started out on Thursday with a draw against Uruguay, the consensus No. 2 seed in their group behind Portugal. 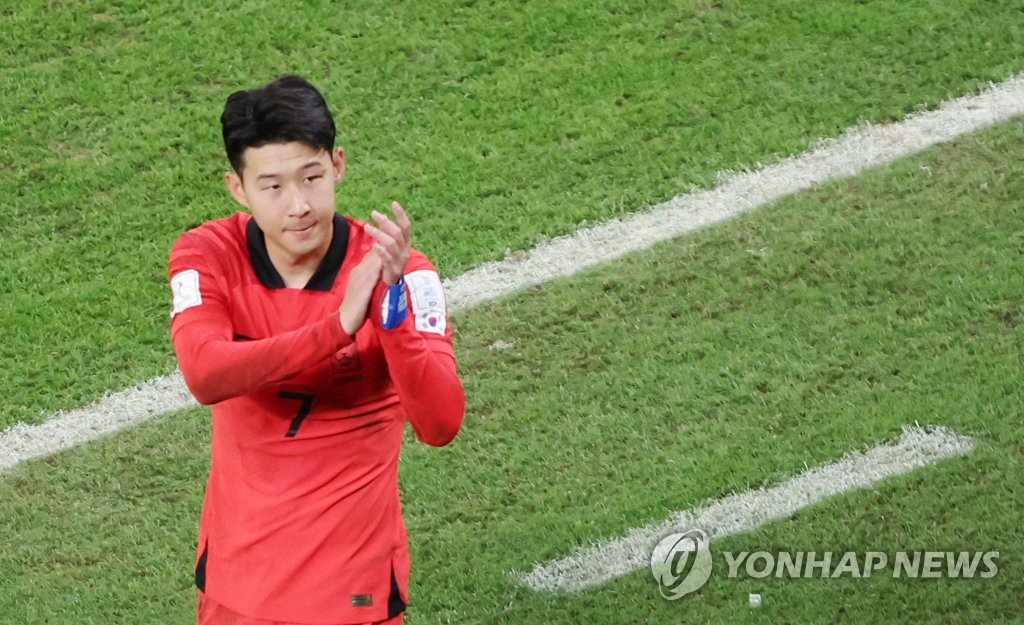 In 2014, South Korea played an African team that they felt confident they could beat but ended up suffering a humiliating 4-2 loss to Algeria, who were coming off a one-goal defeat to Belgium.

This year, South Korea will face an African team that they think they can handle, Ghana, a team that suffered a one-goal loss to Portugal.

And the group finale this year, as was the case in 2014, will be against a high-quality European side. South Korea fell to Belgium 1-0 then to come home early after just three group matches.

To make sure they get to hang around longer this time, South Korea must guard against overconfidence.

That had been the prevailing mood at the South Korean camp in Brazil after their 1-1 draw against Russia. It seemed as if South Korean players felt that they had picked up a point against Russia rather unexpectedly, and they were now playing with house money.

They got a rude wakeup call against Algeria, who scored three times in a 12-minute span in the first half.

There is one major difference, though. Whereas South Korean players generally felt like they were lucky to have the draw with Russia, the players this year said they were disappointed to have only taken a scoreless draw with Uruguay. Though Uruguay hit the goal post twice, many South Korean players said they felt they should have won the match. Such a mindset -- not being content with a draw against a heavily favored team -- should go a long way.

Having three members of the 2014 team in the leadership group this time should also help. 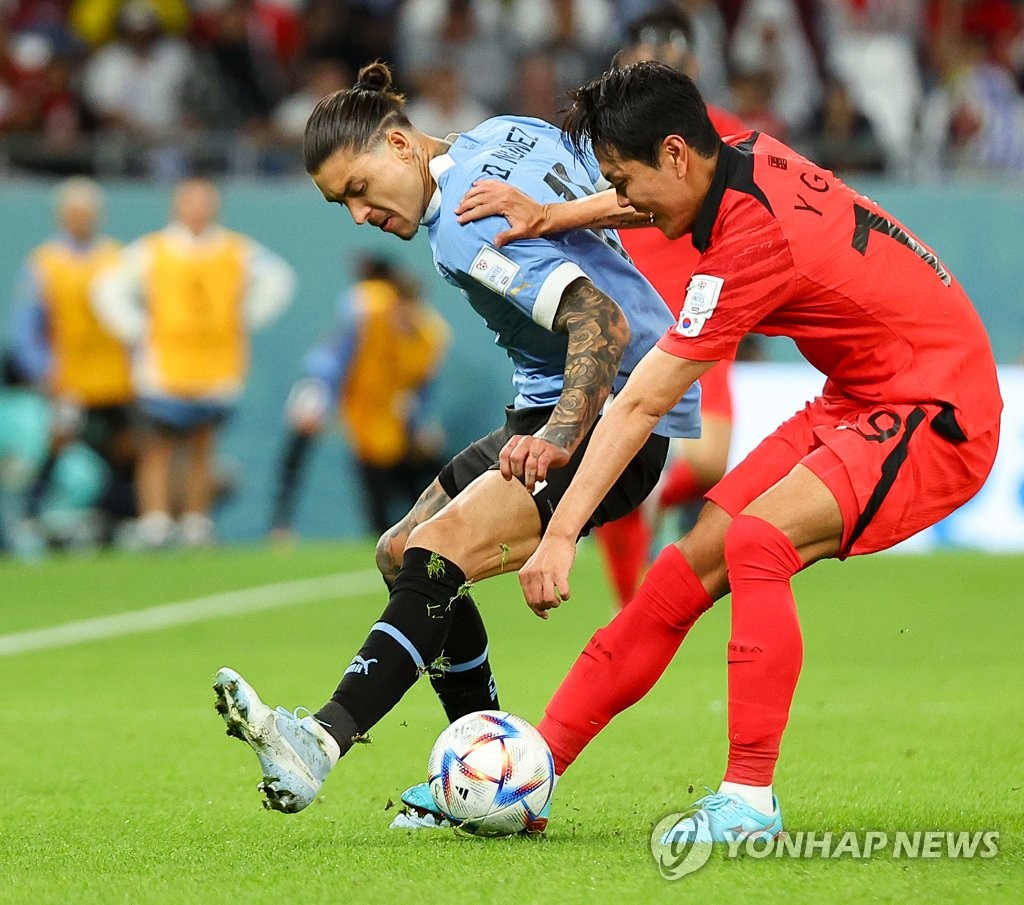 Captain Son Heung-min made his World Cup debut eight years ago and scored his first World Cup goal in that Algeria loss, though he was reduced to tears after that match. He spoke Thursday about how proud he felt that his teammates weren't happy with the draw against Uruguay and that he appreciated their drive and determination.

Center back Kim Young-gwon started that Algeria match, but he and partner Hong Jeong-ho were on the field for all four Algeria goals. This time, Kim and his new partner, Kim Min-jae, played rock solid defense against the ever-dangerous Luis Suarez and Darwin Nunez.

Goalkeeper Kim Seung-gyu was a backup then but made his World Cup debut against Belgium, and now he's the top-choice custodian for Paulo Bento.

The South Korea-Ghana showdown kicks off at 4 p.m. Monday at Education City Stadium in Al Rayyan, just west of Doha, or 10 p.m. the same day in South Korea.

A win in that match will snap South Korea's long drought in second group matches. This is South Korea's 11th World Cup appearance, and they have yet to win a second match so far, with four draws and six losses. 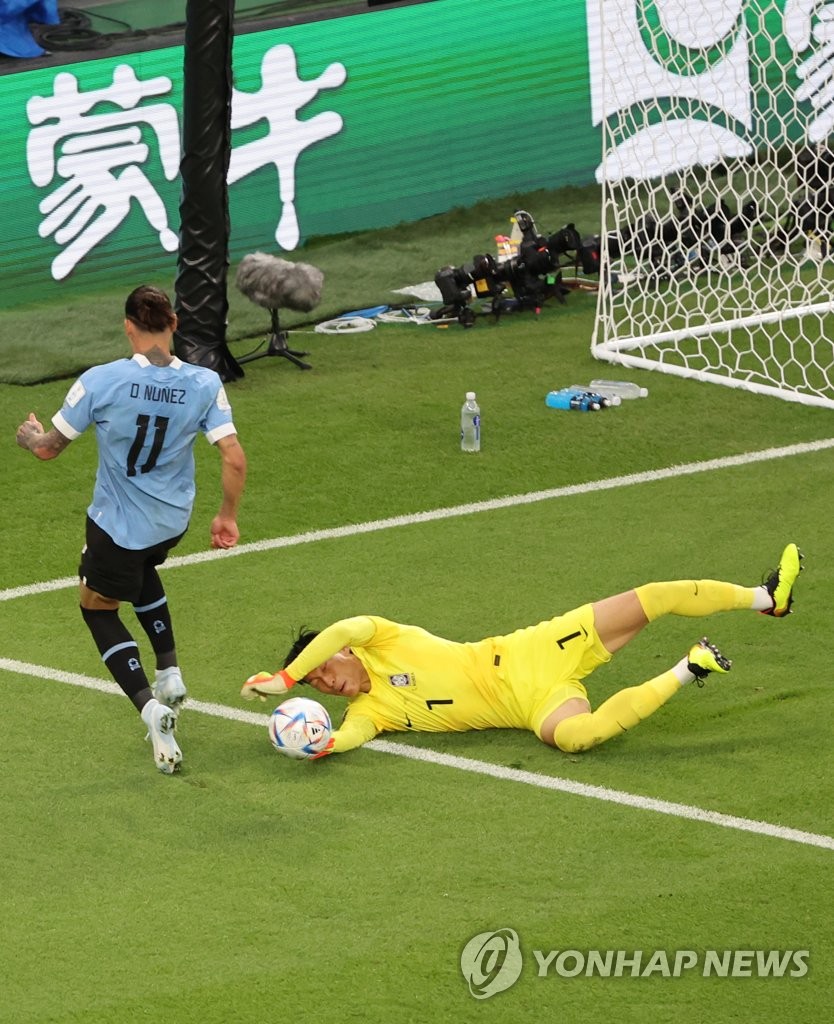