Park, the chief of the ward that administers the Itaewon district, has come under fire over her remarks related to the Oct. 29 tragedy that claimed the lives of at least 158 Halloween partygoers in the area.

On Oct. 31, Park said the ward office had taken all measures, noting the Halloween event was a "phenomenon" not an official "festival" with an organizer.

Earlier this month, she also faced criticism after saying she will take responsibility for the deadly disaster with her "heart," apparently rejecting calls for her resignation.

Park has also been booked by the police on charges of professional negligence over the accident. 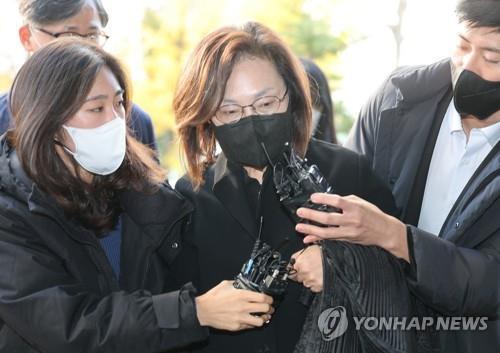