DOHA, Nov. 25 (Yonhap) -- South Korean midfielder Song Min-kyu watched eight of his teammates make their FIFA World Cup debuts on Thursday against Uruguay, three of them leaving Song behind on the bench as they came on as substitutes.

Song tried to be the best cheerleader for them from his front row seat, but the 23-year-old would much rather have joined them on the pitch, as South Korea played a spirited 0-0 draw. 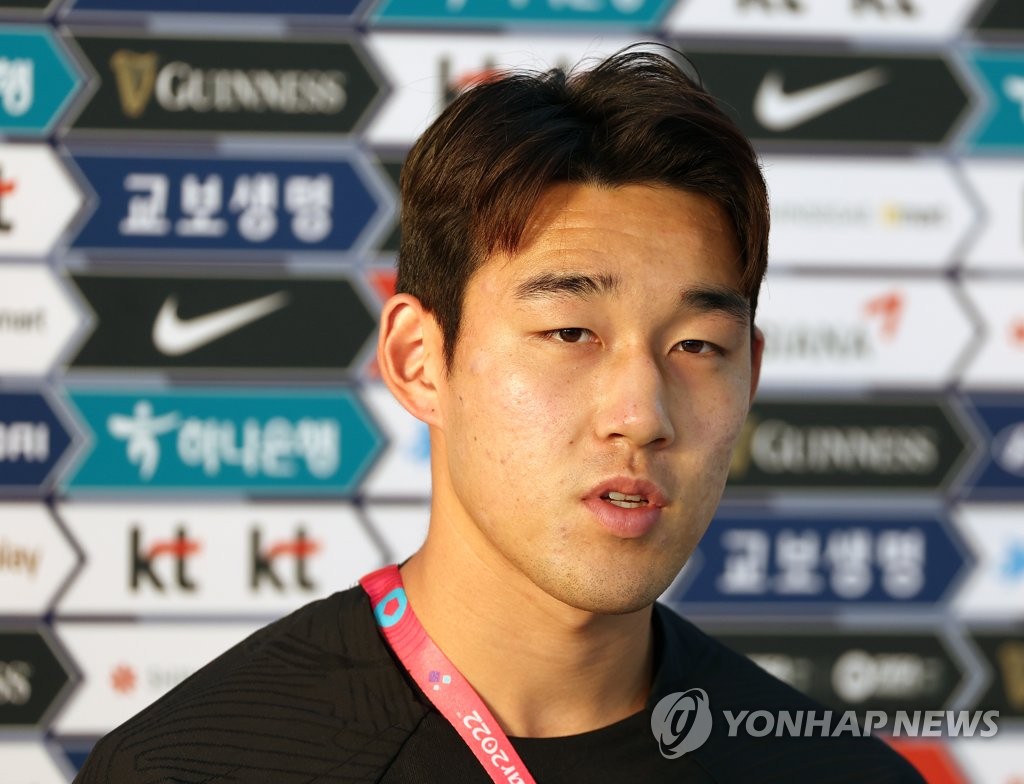 "All I could think of was I wanted to go out there and play," Song said Friday at a press conference before a training session at Al Egla Training Site in Doha. "But the decision is not up to me. My job on Thursday was to cheer on the boys and give them the energy they needed to battle."

Song said every player, from starters to reserves like himself, was pulling in the same direction.

"I knew how hard it must have been for guys on the field but they didn't show it," Song said. "Afterward, we were all disappointed that we didn't win. We felt we played well enough to take this match."

Song can be a sparkplug off the bench thanks to his speed and "shoot first, ask questions later" mentality. In order to play his way onto the field, Song said, "I need to show I can link up with other attackers, and I can play with a lot of confidence."

South Korea will next play Ghana on Monday. Song said all South Korean players watched Ghana's 3-2 loss to Portugal Thursday night and came away thinking Ghana will not be an easy team to handle. 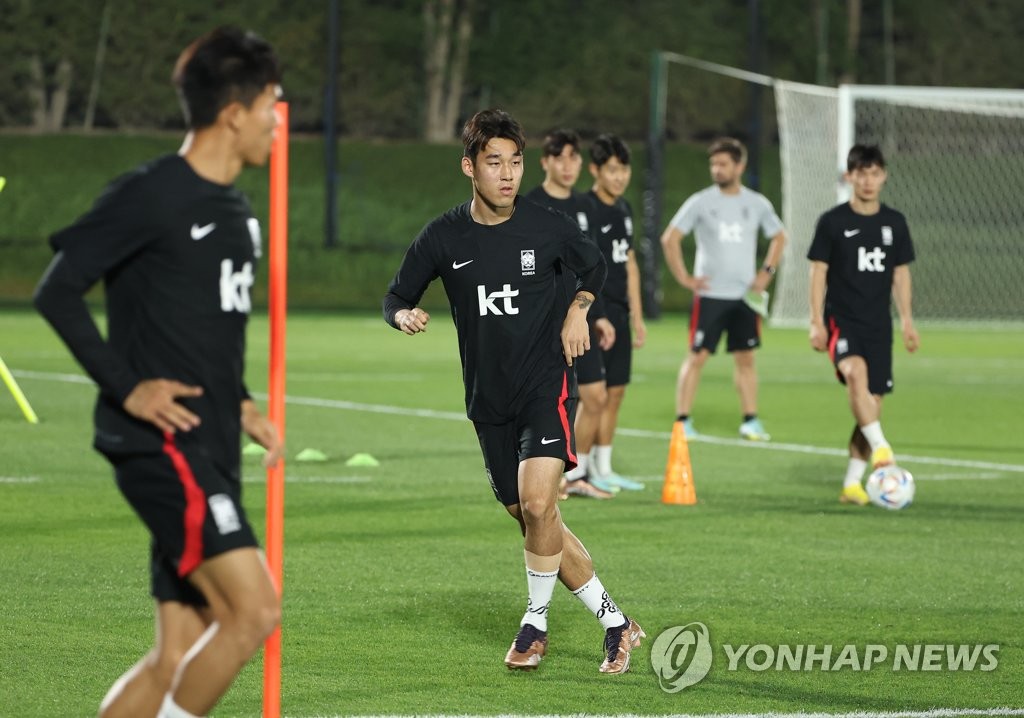 "They have some speedy and physical players with good skills," Song said. "We know we have to be prepared against them. But we also saw that they had some holes behind their defense, and we should try to exploit that extra space."

South Korea earned praise Thursday for sticking to their guns and not backing down against Uruguay despite their underdog status. Internally, Song said the players never lost their faith.

"For the past four years leading up to this tournament, we never had doubt in our style of play," Song said. "We've thought all along things would work in our favor. Each and every one of us played with a strong sense of purpose."

(World Cup) Midfielder itching to get off bench for debut

(World Cup) Midfielder itching to get off bench for debut